Products from various parts of Japan will be inspired with new life.
Letting you feel a richness of your life spent on every season
is the greatest pleasure of us.

Born in 1975.  Started the carrier at the age of 19.  Visited the Europe at the age of 25 and worked for two years, being impressed with the climate and the aliment culture of the region.

After coming back to Japan, he gained his experience at several restaurants including Sense et Saveur (Marunouchi, Tokyo), Keisuke Matsushima (Nice, France), then worked as chef at Restaurant-I (Jingumae, Tokyo) for 3 years and won one star of Michelin Guide.

Going again to France in order to touch the lifestyle of a French owner chef,
Visited restaurants of every region including Le Charlemagne( Pernant Vergelesses, Burgundy) and Boulogne-sur-Mer and so on.

Going along with the chef got a lot of learning such as management styles of a restaurant and relationship with the family and the community from a different perspective with general training.

November 2013, he has opend Prévenance as owner chef. 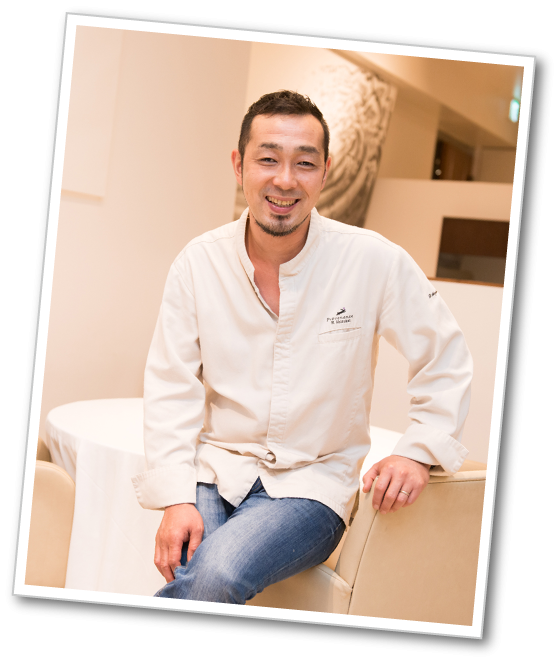